How Fibroids Changed My Life: A Story of Hope

July is Fibroid Awareness Month which I didn’t know until recently. As a women who live with the life altering effects of fibroid tumors, I greatly appreciate the public efforts being made by experts in the field and organizations such as The White Dress Project  to bring awareness to this  issue that many women face. Suffering in silence is no longer an option so I decided to share my Fibroid story so that it will help other women find hope for what may seem like a hopeless situation. This is How Fibroids Changed My Life.

May– I went in for a routine physical and found out that there was concern about the shape and size of my uterus. My uterus was also “slightly stiff” according to my doctor so she referred me to a gynecologist for an ultrasound. I was one month away from my wedding so I decided to schedule the ultrasound after my honeymoon.

July-I went in for the ultrasound and was informed that I had three fibroids, one the size of a golf ball, with steady growth. I was also informed by the gynecologist that I was referred to who happened to be a Black male, that I needed to consider other options for becoming a mom because the likelihood of me getting pregnant and/or carrying a pregnancy to term would be slim. The treatment options prescribed were long term progesterone usage and/or hysterectomy.

August -I settled in with a Black Female Gynecologists based on a recommendation from a friend at the same practice. She suggested a “watch and see” approach because at that time I wasn’t experiencing any of the extreme symptoms aside from irregular cycles here and there. She also took the time to review other options without making me feel pressured into choosing one approach over another. I definitely felt more comfortable with her because she would take the time to listen before diagnosing or prescribing a course of action.

October -The Gynecologist that I was seeing went out on indefinite medical leave. My file was transferred to another doctor who was a God-send that I still see to-date. She introduced me to alternative methods for treatment which primarily center around diet, physical activity, and supplements to discourage fibroid growth.

February– I began having heavy bleeding so my Doctor ordered another ultrasound. The ultrasound revealed growth in the largest fibroid but it also showed that one of the smaller fibroids had grown into the lining of my uterus. This, according to my doctor, was the cause of the heavy bleeding. I continued the recommended lifestyle changes but I was also given the option to begin a medication to help alleviate some of the bleeding.

By the end of this year I had experienced time out of work, I increased my inventory of dark clothing specifically undergarments and pants, I destroyed furniture, mattresses, you name it, and literally carried a care bag with me wherever I went during “that time of the month.” I would avoid going places and isolate myself during that time because of my fear of having an “accident.” And remember, I was still a newlywed so physical intimacy was nonexistent at times. I decided to start the medication to decrease the bleeding.

February– The largest fibroid continued to grow. My doctor referred me to a Minimally Invasive Gynecology surgeon in the area. As with most referrals, I had about a month’s wait but fortunately the medication helped to increase my quality of life. I was informed that the medication was a temporary solution so I knew that I needed to explore other options including surgery to bring relief.

April– My appointment with the surgeon ended with me scheduling a Laproscopic Myomectomy at the end of that year. It was determined that I was a candidate for this outpatient procedure. This procedure was ideal for me because I wanted minimal scarring, a quicker recovery period, and I wanted to protect my uterus and other reproductive organs as much as possible.

August -I had my first hemorrhaging episode due to the presence of fibroids that landed me in the ER. I will spare you the details but I knew in that moment that surgery was my only option.

December– I went in for the laproscopic myomectomy and it went well but it took a major turn. The surgeon was unable to proceed as planned because we all went in with the understanding that there were four fibroid tumors to remove. There were 14 fibroids! The largest tumor which had grown to the size of a grapefruit obstructed the view of every ultrasound that I had leading up to surgery. Per the surgeon, they were forced to do a bikini incision and fish out each fibroid one at a time. What should have taken three hours took close to 8 to complete. I was admitted to the hospital in preparation for a challenging recovery. The angels of the Lord were definitely encamped around me!

January– I found out that I was 7 weeks pregnant at a routine visit. This visit was a prerequisite per my Gynecologist to determine if I should start trying to conceive. We weren’t trying but look at God!

Like many women with fibroids, I have experienced reoccurrence. I have been given the option to undergo a second minor procedure but due to the pandemic, I haven’t had the opportunity to continue conversations around this option. The impact this time around is not comparable to my pre-surgery experience which I attribute to God’s grace and competent health care professionals. As I mentioned, I hope that me sharing my experience will help someone else to know that they are not alone and that there is hope.

I would also like to offer the following personal advice which should not be used as a replacement for medical advice from my experience:

Always seek out a second opinion and do not hesitate to “shop around” for healthcare providers.

Your voice matters with regard to your health. Advocate for yourself and do your research.

Expect a personalized treatment plan. One size does NOT fit all.

Be willing to explore alternative treatment approaches under your doctor’s care.

Explore multiple options including nonsurgical options before surgery but if

surgery is the only option, determine which minimally invasive option is best for you.

Don’t try to be super woman. Let close friends and family in for your mental health’s sake.

Pray and believe for your complete healing despite your circumstances.

Read: Five Healing Scriptures That Every Believer Can Memorize and Personalize 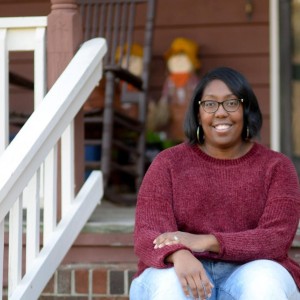