How does Forgiveness bring Freedom

Forgiveness can be tough, but it is necessary.  Forgiving means freedom from an endless cycle of spinning your wheels and getting nowhere.  How can we make sure that our lives are being lived to the fullest?  I believe that oftentimes the one thing that is holding us back from the best that the Lord has for us is bitterness.  If we become stuck and unable to forgive it will take root and cause bitterness to grow.  Bitterness is anger and disappointment for being mistreated.  How many of us have been mistreated?  I will raise my hand and share my story at the same time.

Forgiveness is a choice

Over the past year I have experienced some trauma that hit me at my core.  I remember for a while I went into hiding because I felt shame, embarrassment and I could not figure out how I was going to make it out with my dignity.  It felt like everyone’s eyes were on me.  After some time I finally started to “resurface” and I left like I was ready to move on. However my actions and especially my thoughts proved otherwise.  I could feel bitterness begin to creep in and as a result I became very cynical and distant.  If you know me then cynicism and isolation are not part of my DNA.  I wish I could point out one particular moment where I snapped out of that funk but the reality is that it took time and effort on my part.

One day I was reading Psalm 62, verse six stuck out in my mind.

You are alone are my rock and salvation; my fortress I will never be shaken. Psalm 62:2

For some reason that verse really stuck with me, and I immediately thought about David.  When he wrote the Psalms he wrote from a place of good, bad, desperation, uncertainty, joy, and pain.  As I read that passage I thought about how he continued to love and serve a guy who wanted to murder him.  King Saul was obsessed with David, and he would not be content until he was dead.  How was David able to love someone who was hunting him?  I had to find out because I knew I needed to be set free and move forward.

I think oftentimes the reason we struggle with unforgiveness is that we allow their words and actions define us.  I allowed those things to seep into my spirit which in turn affected my thoughts.  In turn those thoughts would stop me from venturing out and showing my face for fear that others knew what was said of me.  I had to combat those words with the truth.  The kind of truth that is only found in the word of God.

I had to remind myself to think about good things and leave the other stuff in the past.  Also, I had to remind myself of who I am.  In society we oftentimes identify ourselves by our gifts or talents.  I was one of those people, and it took me going through this situation to realize that I was experiencing an identity crisis.  As a believer in Christ my identity is found in Christ alone.  I no longer have to try and prove my worth to anyone.  Scripture is filled with verses that tell us who we are and how much He loves us.

For we are God’s handiwork, created in Christ Jesus to do good works, which God prepared in advance for us to do.  Ephesians 2:10

But you are a chose people, a royal priesthood, a holy nation, God’s special possession, that you may declare the praises of him who you out of darkness into his wonderful light.  1 Peter 2:9

See what great love the Father has lavished on us, that we should be called children God!  And that is what we are?  The reason the world does not know us is that it did not know him.  1 John 3:1

Do words hurt?  Absolutely!  Should we hold onto those words and allow them to stymy our growth.  No!  Why because those words do not define us.  The Father’s love towards us does and he says that we are His.  So let those words go and be free!

I remember someone telling me that it’s all going to work out in the end.  What good can come from this situation? What good can come from David hiding in a cave and running for his life from a madman?  The crazy part is David has opportunities to kill King Saul and take over as king but he knew that the Lord was with him.  I have to remind myself that the Lord is with me.

During those times when David was in hiding he poured out his devotion to the Lord.  When he was on the battlefield he sang heartfelt prayers.  In victory he gave his best praise and even when he made mistakes he offered up sincere apologies.  David knew that through it all the Lord was doing a work in his life.  What would his life look like If he held had onto unforgiveness and harbored bitterness? One can only imagine but for me I would have forever played the role of a victim and missed out on all the good that can come from bad.

You intended to harm me, but God intended it for good to accomplish what is now being done, the saving of many lives.  Genesis 50:20

The tough, uncertain, and UNFAIR times in life are meant to build our character and to help us mature in the Lord.  For me it helped me to grow my trust in a God who sees all and knows all.  He not only knows but He feels our hurt and pain.  Instead of using those things to define you, forgive, and although them to refine you for His glory.

We’ve talked a lot about David but I believe our greatest example of demonstrating forgiveness is Jesus.  Jesus arrived on the planet with one purpose…..to reconcile man back to the Father.

All this is from God, who reconciled us to himself through Christ and gave us the ministry of reconciliation: that God was reconciling the world to himself in Christ, not counting people’s sins against them.  2 Corinthians 5:18-19

For God so loved the world that he gave his one and only Son, that whoever believes in him shall not perish but have eternal life.  For God did not send his Son into the world to condemn the world, but to save the world through him.  John 3:16-17

He had to die on a cross as an innocent man and take on the sins of mankind.  When Jesus died all of our sins; past, present, and future were nailed to the cross.  When we accept Christ into our hearts, forgiveness is immediately given and we are made brand new! and makes us brand new!

Therefore, if anyone is in Christ, the new creation has come: The old has gone, the new is here!  2 Corinthians 5:17

Now that we are a new creation we begin to act and think like Jesus.  Jesus forgave you and me over 2,000 years ago and that forgiveness still holds for today.  As a result he is calling us to forgive those who have wronged us.  He is calling us to forgive ourselves when we fall short.  He does not hold a grudge or hold our sins against us.  That is something to celebrate! I believe that Ephesians 4:32 says it best.

Be kind and compassionate to each other, forgiving each other, just as in Christ forgave you.  Ephesians 4:32

Trust me I know that showing forgiveness isn’t always easy but it is very necessary.  Ask the Lord to help you when you feel tempted to replay those past hurts.  Trust that he will heal your wounds and scars and know that He is with you every step of the way.  Do not allow someone else’s actions to dictate your future because you will not forgive them and let them go.

Additional resource: Why Knowing What God Says About Me Matters
On Key 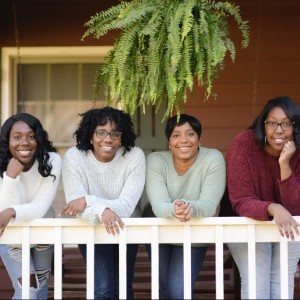 Hi, my name is Felicia Tucker and I am a wife and mom of three. My world consists of fostering a healthy marriage and nurturing my children while integrating that into my career. It is never a dull moment! I am learning how to enjoy the small moments, not sweat the small stuff and go to sleep with the toys strewn over the living room floor.

14 thoughts on “How does Forgiveness bring Freedom”